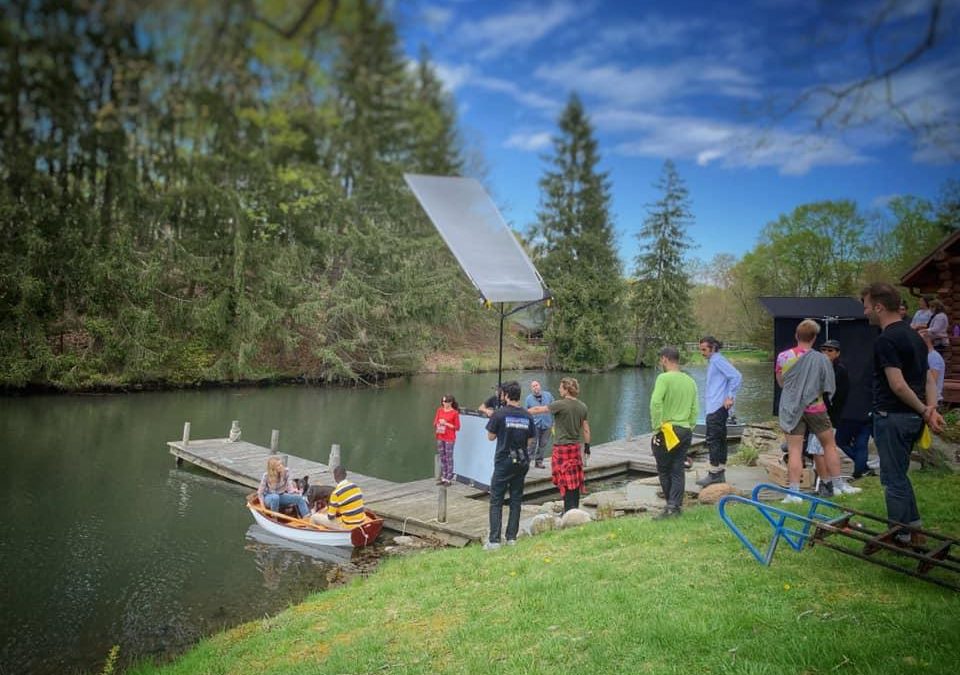 Rosie, Blairstown resident, was recently cast in a Ralph Lauren commercial which was shot at a private Hardwick property. Obediently sitting in a boat alongside other models, Rosie can be seen in an upcoming RL fragrance commercial. The Hardwick home and pond were previously used in the 1990’s movie Prince of Tides starring Barbara Streisand and Nick Nolte.